Their hook-up is hot enough to set the rain on fire… but danger looms behind the storm.
When a Hawaiian beauty discovers she can ignite storms over the Big Island, she resolves to use her new powers to drive away crooked developers. But to evade the arranged marriage her mother is brokering, she’ll need human help. A semi-public hookup with a handsome Realtor from California should cover it. They uncover a sizzling passion that neither can deny… what will happen when he learns she’s no ordinary society girl?Lalei Kai-Ho’omalu is a Honolulu socialite who longs to be more like her dynamic, Big Island Ho’omalu cousins. When her mother tries to force her into a wealthy marriage, Lalei rebels publicly–by hooking up with a handsome stranger at her cousin’s Big Island wedding. But what happens when neither of them want to let go?

Jack Nord is on the Big Island for a Ho’omalu wedding, and a break from his high-powered career as a California Realtor. When he’s propositioned, no strings, by this Hawaiian honey, he’s no fool–he says yes. In her arms, he can forget the inner darkness that drives him to drink more than he should. But he soon has another chance to prove himself–the Ho’omalu clan needs his help to fend off unscrupulous developers set on carving up their ancestral lands on the South Kona Coast. Jack sets out to help them prepare for a landmark court case.

Desperate to feel needed by her powerful family, Lalei resolves to rout the developers herself. She unleashes her fury over the island, and brings a storm crashing down. But her new powers surge out of control… and she is discovered. Now that Jack knows she can unleash the lightning, and burn up the rain, will he still want her, or consider her a wahine who’s real estate is too hot to handle? 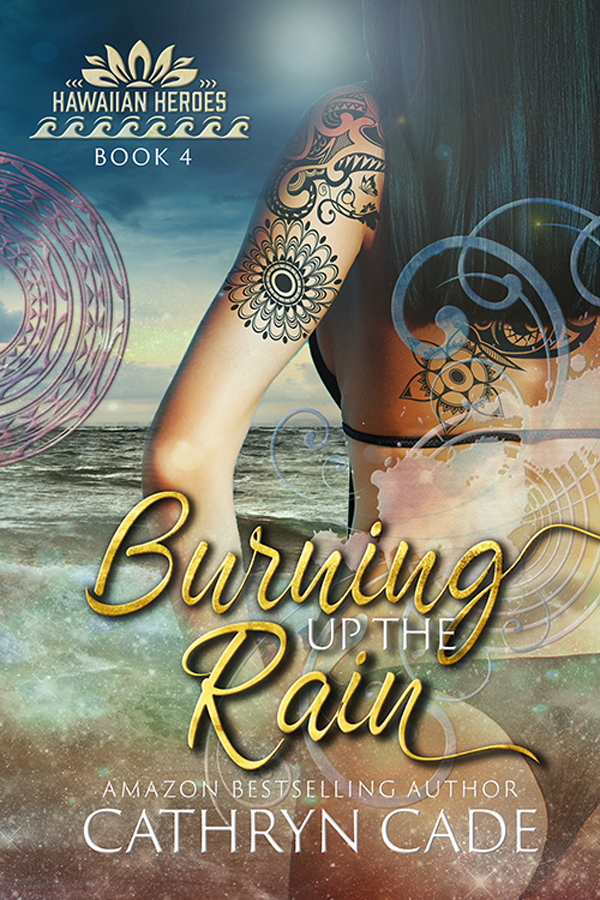 This is a fun twist on mythology and the paranormal by using Hawaiian legends as the basis for the supernatural powers in this family. The story is extremely well crafted and has some pretty tense and suspenseful moments. The love scenes as hot as the lava coming up from Kilauea.
C. WalkerAmazon Customer
I adore this unique series. Lots of hunky Hawaiian men, beautiful wahines, and exotic scenery. This steamy installment has a lot going on not the least of which is Lalei growing into her skin as a person and a guardian. I look forward to future Hawaiian Heroes.
D. AntonioAmazon Customer