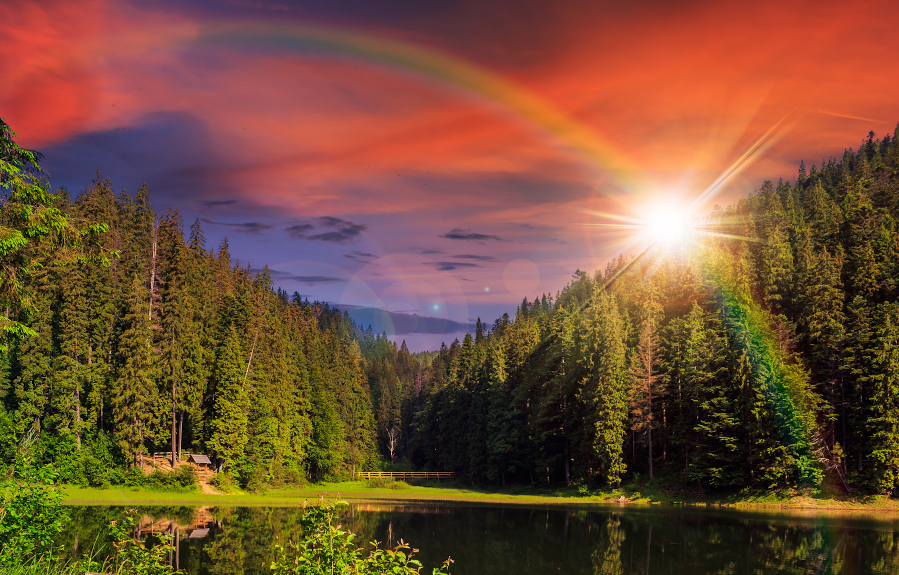 Becomes the young dog, frantically pulling at the leash.

Becomes the stately dog, walking proudly at Forever Friend’s side.

Becomes the noble dog, lagging a bit behind.

Becomes the carried dog, gazing up at Forever Friend.

Becomes the beloved memory…. the Love Story lives on.

The Love Story is never over.

I wrote this poem about a nameless dog three days after Metro passed. Like everything else about Metro, her death was perfect–in the sense there was no question this was the end. I came home from a short errand and saw something catastrophic had happened to her.

I had dreaded this day for fourteen years, but once it happened, I was stoic, unemotional. I calmly drove to the vet and he said there was nothing that could be done to save her–it was time.

I cupped her face in my hands one last time, looked deeply into her trusting eyes, and whispered, “You’re a very good girl. I love you so much.” And then it was over. The vet said it took very little medicine.

I remember gripping the steering wheel as I drove home, but no tears. Then I fell apart. I was consumed with sadness. The trees were pink the day Metro died–it was the first springtime I experienced in the Pacific Northwest. The daylight hours lengthened, and everything started bursting with gorgeous colors, but I was in a dark place. I was lonesome for Metro and longed for her to be by my side to enjoy the beauty. 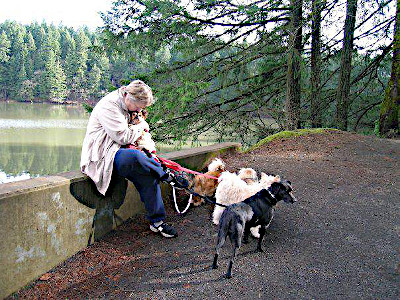 We had moved the previous summer from Big Bear, California. Big Bear is very pretty, but there was something deep within me that needed more rain. I had spread out a map of the United States and researched annual rainfall totals. The Pacific Northwest has a rainy climate, and rain is Mother Nature’s paintbrush. I was glad Metro was able to spend her last golden months in such a beautiful part of the country.

The colors were vibrant, but I was still gloomy. Someone suggested maybe I should try to forget. I thought about it, but why would I want to forget this small being who was always brimming with goodness, joy, and love?

I concentrated on her instead, and started writing a few paragraphs every morning about our life together, both true and imagined. Writing was healing, and it brought Metro back to life in a way. The memories were vivid, and it seemed she was close by. By the time the rains came in autumn, the sadness had lifted.

She always had this great capacity for love. I tried to capture this in a scene from Metro Duets:

Sherry sighed in contentment, picked up the poetry book, and it flipped open to Romeo and Juliet.

She read a passage to her little dog:

My bounty is as boundless as the sea,

My love as deep; the more I give to thee,

The more I have, for both are infinite.

She closed her eyes and pondered Juliet’s words. She thought about how much she loved Metro, but she knew Metro always won the love game. Sure enough, when Sherry opened her eyes, she could tell the little dog had more love to give than Sherry could ever imagine.

“Metro, if you could talk, you could tell those poets a thing or two about true love, couldn’t you?”

Metro gazed at Sherry with innocent sweetness, as though she knew she could do a better job than the poets.

Sherry imagined the scene: Metro, wearing glasses, sitting at a desk. She’d use a quill pen with a big feather and dip it in an ink pot to write the best love poems in the whole world. Sherry smiled and sighed, wishing she could read Metro’s poetry.

Words are just words, and what are words compared to a loyal dog’s love? That’s a hard thing to describe with mere words. I think all dogs, if given the chance, will “tell” you with their eyes just how much they love you.

I read heartfelt tributes on Facebook when a pet dies. It’s so painful, but I think we’re fortunate to have these wonderful animals share a portion of our lives. I’m well aware that there are bigger tragedies than losing a pet, but losing Metro gave me an empathy for people who have lost their pets, and I’ll never minimize that loss as “just a cat/just a dog.”

One day, after the books had been published, I was talking with a grandfather who had read the series to his granddaughter. I was new at writing, unsure of myself, and asked, “Didn’t you find they were a little sappy?”

He thought for a few seconds and replied: “Kids need sap.”

I breathed a sigh of relief. Because, honestly, sentimentality and sap are the truest, most sincere feelings I have whenever I think of Metro. I feel my heart get soft, and melt into a gooey puddle.

Dogs’ lives are too short. Their only fault, really. ~Agnes Sligh Turnbull 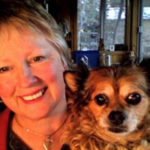