Indelible Encounters and Other Characters
by Fabienne Marsh 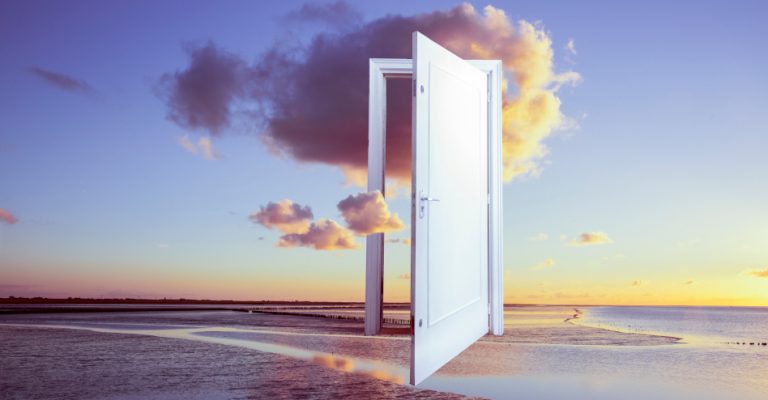 When my second novel The Moralist of the Alphabet Streets was optioned by 20th Century Fox, I was utterly dumbfounded.  After all, my coming-of-age novel about a feisty teenager in remission from leukemia had been exhumed from the bottom of a slush pile at Algonquin Books of Chapel Hill, a publishing house revered for championing Southern writers.

I loved the South, but I was a Franco-Irish Yankee. Our family’s two-week vacation for eight years was in North Carolina.  My father would drive eleven hours from our New York suburb, stopping at Civil War markers at my mother’s insistence. Our 1964 Rambler would descend into the terrifying eclipse of the 17.6 mile Chesapeake Bay Tunnel, rise up to blinding sunlight past Stuckey’s Pecan billboards (“Keep Yellin’ Kids, They’ll Stop!”), drift past the dunes of Kitty Hawk into the parking lot of Marvin and Hazel Minton’s Beachcomber Motel in Nags Head.

After Algonquin published my novel, Library Journal’s review warmed the cockles of my Franco-Irish, honorary North Carolinian heart: “A New Yorker who writes like a tar heel and thus gives us this funny novel filled with exuberant tragic characters.”  In the Chicago Tribune, novelist Meg Wolitzer likened my narrator, Meredith, to Frankie in Carson McCuller’s The Member of the Wedding.

Far from the Mason-Dixon line, Richard Pine, my agent in New York City, clarified Hollywood’s far less poetic, more pragmatic interest in The Moralist of the Alphabet Streets. “They didn’t option your book,” he explained,  “They optioned your characters.”

Winona Ryder was the actress they had in mind for my main character, Meredith.  Had the film been made, she would have been terrific.  Imagine her, then, instead of me, reading voice-over narration for my opening paragraph, which sets the scene.

Can you help? We need help choosing the cover for the re-release of The Moralist of the Alphabet Streets. I love both of them. So go with your gut and choose ONE below.

If you see pink and blue dots in either the abstract or pictorial version, it’s because we asked our cover artist Mladen Bozic to incorporate the colors on slides which confirmed, at the time Moralist was written, that a patient had leukemia (i.e. Meredith, the main character in remission).

After my coming-of-age novel, I wrote Single, White Cave Man, which began “Jim Rosso was anticipating a lonely millennium.”

I’d never written a novel from a male point of view, but James Rosso spoke to me. He was a 38-year-old suburban divorcé who found himself alone, uncoupled, and dating for the first time since college. The first edition was published in 2000, well before Match, E-harmony Tinder, Grinder, Cupid, Plenty of Fish and Our Time hit their stride, making the second edition published by Windtree Press appear somewhat prescient.

I loved writing the vastly different female characters Rosso would skim through online, sometimes chat with, or elect to meet in person.  Author Maggie Lynch and host of DustJackets, asked me if it was hard to write from a male perspective. Click to watch.

I cannot imagine a better way to give you a sense of the characters in my fourth novel, Juliette, Rising, than to have my brilliant audiobook narrator Hope Newhouse introduce you to my main character Juliette and her best friend, Pat.  Juliette, a New Yorker transplanted to Portland, Oregon for a teaching job journeys through single parenthood, orphanhood, widowhood, new love, neurotic parents, beloved students and a life-altering bereavement group.

Contrary to the fictional depiction of Pat you’ve just heard, the real-life Pat is based on a friend whose husband did not die, nor did her mother die from breast cancer, nor did she ever own a Pomeranian who died of congestive heart failure. Yet the kernel of Pat’s character was not hard to expand upon, precisely because she’s that friend with both wildly inappropriate stuff coming out of her mouth and startlingly unpredictable actions.  That said, Pat is predictably funny, honest and loyal.  After reading Juliette, Rising, the real Pat said, “I like Pat better in the book!”

In the course of my author visit to the North Castle Public Library, Mary Johnson asked me if had a favorite character.  The truth is I love them all, but some are harder to write than others.  Juliette is a fourth-grade teacher, so I needed to create her children, Sam and Grace, as well as other students and parents in their world.  Outside that world, I used Letters to the Afterlife to give Juliette a much-needed outlet for her grief.  She writes to her mother, father and grandmother to share details from her daily life.  I’ll read a letter Juliette wrote to her parents in which she is both amused and exasperated by the disinformation her children and others spread about Sex Ed, which Juliette is required to teach in the fourth grade. Click to watch.

Juliette, Rising is filled with joy and humor and two of my characters surprised me by their mounting attraction to each other, which obliged me to consummate by writing a steamy and seismic sex chapter.  Yet this novel is about art, grief, love—and deeply personal.  I lost my mother, my father, my grandmother, my marriage and my home out East—all in the span of one year.  In my Letters to the Afterlife, I wanted to make those I loved ‘stick’ and continue our conversations.  Here’s an excerpt from a letter Juliette writes to her French grandmother, which captures both the fog of grief and the promise of art. Click to watch.

Letter to the Afterlife

Do you remember when we all visited the church Van Gogh had painted in Auvers-sur-Oise? Everything in the town, including the church, looked gray and flat. The tourists would look at the church on the postcard, with its undulating cobalt sky and its spire swimming piously towards the light, then they would glance at the actual Auvers sky—pewter that day—and shift their gaze back to the very church Van Gogh had painted, a sour gray Gothic.

“This is it?” They all seemed disappointed.

I miss you and I miss our trips with Mom and Dad. The world looks as gray and flat as Auvers these days and I don’t seem to be able to see it or paint it any other way. 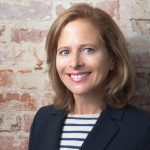