History and the Art of Taking Liberties
by Jamie Brazil

“This whole story is completely true. Except for all the parts that are totally made up.” (Inventing Anna/Netflix biopic about a con woman)

The Great. An Occasionally True Story. (Hulu series about Catherine the Great of Russia).

I rewrite history too. Taking minor and gross liberties all at once. We’ll circle back to this in a moment.

History is constantly being rewritten. The distant past — and the not so distant past. The world these days seems to lurch from one alternative narrative to the next and the next. We’ll avoid the politics of it all, but let’s take a peek at the thread behind the rewrites.

Women writers and the women they write about!

Last weekend, I binged on Catherine the Great of Russia who couped her Emperor hubby and ruled her adopted land for several decades. There are dozens of blogs devoted to historical accuracy versus the completely-inaccurate-but-highly-entertaining twist of royalty.

Are viewers offended? Apparently not.

Ditto for Inventing Anna …. Shonda Rhimes is right up front with, hey, some of this went down and the rest is “totally made up.”

All of this makes me wonder, does history even matter anymore? Has the spin cycle of our ever accelerating culture finally spun itself out? Has imagination and entertainment value overcome truth and research? (Much like “old age and treachery overcomes youth and skill” — a phrase I’d always attributed to Voltaire, appropriated by Betty White, and pretty much everyone – even David Mamet.)

For fiction writers who like to expand upon accuracy… our time has come. We’ve entered the Golden Age of “It Seems Kinda Like It Could Be True.” 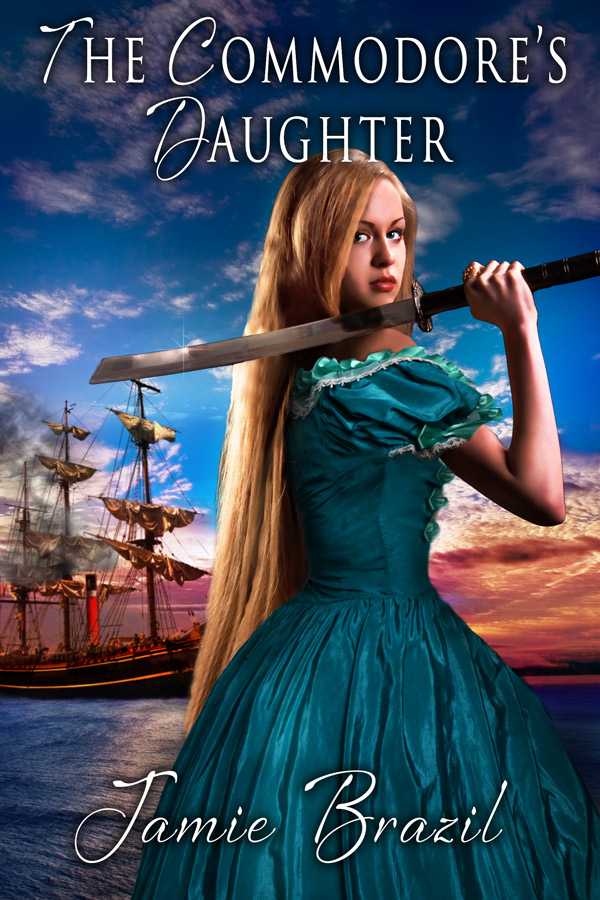 In my novels, my favorite character remains Jennifer Perry, the fictitious daughter of the very real Commodore Perry. The military icon did have a REAL DAUGHTER, Caroline, who seems to have led and uneventful life and disappeared into the pages of history. But her younger IMAGINED sibling Jennifer, who lives a privileged life in the gilded age of the Newport elite, has ideas about women’s rights.

Jennifer Perry, in her ball gown, escapes an arranged marriage, slips off into the dark of night with the help of her BFF, a young Susan B. Anthony who also has strong opinions of how women will shape the future of the United States of America.

But America is not Jennifer’s destination (at least not in this book). Hiding away in her father’s ship, she ends up on the shores of Japan, where she learns the way of the Samurai along with lessons of friendship, loyalty and family.

The finale of the story takes place as Commodore Perry negotiates opening the doors of trade with Japan — closed off to the West for hundreds of years! Yes, this actually happened.

The Fictitious Liberty? The trade talks are a trap to assassinate Commodore Perry, a political maneuver among warring factions. Only his daughter Jennifer can save him with her alliances and awesome fighting skills.

In The Commodore’s Daughter, Jennifer Perry is America’s first Samurai.

She is my balance between research and imagination, and she is REAL. But only in my heart. Which brings me to the heart of this post:

As writers, when we step into history, writing and rewriting it, weaving in and out of narratives that shift like sand, what is actually true?

The answer may be in a quote from a movie, Secondhand Lions:

“Sometimes the things that may or may not be true are the things a (writer) needs to believe in the most. That people are basically good; that honor, courage, and virtue mean everything; that power and money, money and power mean nothing; that good always triumphs over evil; and I want you to remember this, that love… true love never dies. You remember that… Doesn’t matter if it’s true or not. You see, a (writer) should believe in those things, because those are the things worth believing in.” 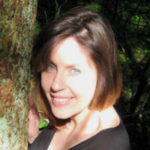 Jamie Brazil is a lifelong morning person, happiest when the sun is rising. She writes novels and screenplays with her husband, and had a hand in a certain book of wisdom authored by her beloved Bloodhound. Writing life aside, Jamie has worked as a unit production manager for multiple television documentaries aired on NHK, BBC, and throughout Asia. Learn more about Jamie at her website.

We Are All Connected