Grandparents Bridge the Past and the Future
by Maggie Lynch 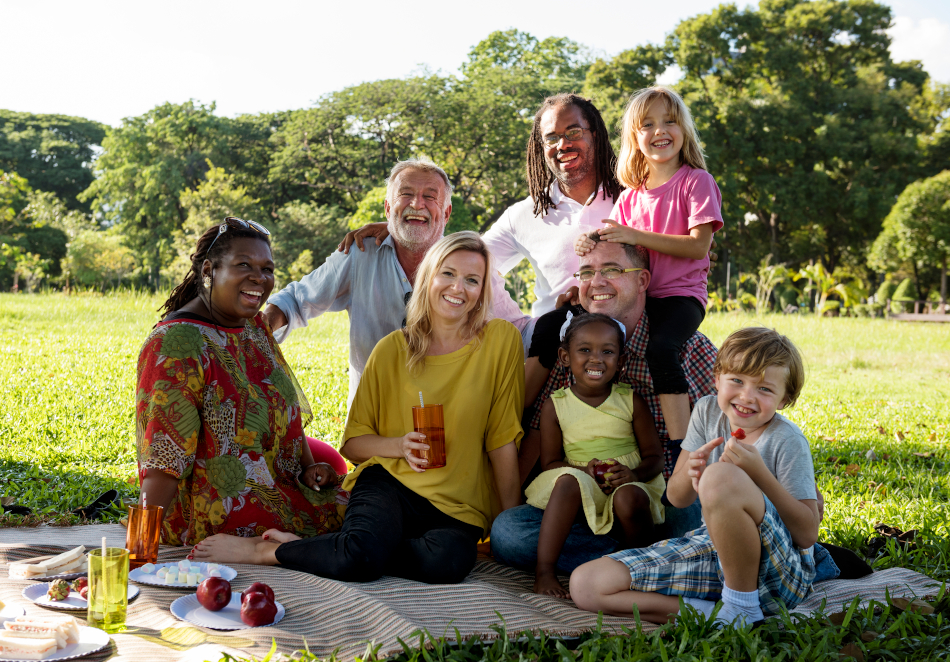 I was very fortunate to grow up near my grandparents. It was about a mile walk from my home to theirs. Being that close was everything. I could get there quickly whenever I needed to. I could “run away” from home as needed and always have a place to go. Most important, they were a critical part of my upbringing.

I am the oldest of nine children and consequently I have always felt, and still do today, somewhat responsible for their well-being. Many of my siblings have some type of disability—ranging from hearing loss to learning disabilities, and in two cases autism (one extreme and another moderate). I have lost two brothers to early death—one when he was five and another when he was fifteen. We were often struggling for food and clothes at various times growing up.

In other words, there was a lot going on in my family growing up and I needed someone outside of my parents to check with. My parents are wonderful, loving, kind, and tried to keep everything positive and hopeful no matter what was happening. There perseverance was both a great example and a built-in expectation that can be frightening sometimes.  My parents also didn’t want to burden us with problems and so weren’t always forthcoming. Being someone who wanted all the answers all the time, I knew they were keeping secrets. So, I went to my grandparents instead (and sometimes an aunt) to try to express my feelings and get more information.

I didn’t have to worry about my questions upsetting them, or putting more stress on them, because they didn’t have the burden my parents did. These were also the same grandparents I talked about in my blog on foster care. So, they helped raise children who came from really difficult circumstances—homes where the parents struggled to take care of their children’s basic needs. In comparison, my questions were probably not nearly as difficult. At least that was my thinking at the time.

All their experience raising their own five children, their own struggles with poverty, and then now raising scores of foster children, were like having a Ph.D. in dealing with difficult questions and situations. I knew I could count on them listening and answering with love and knowledge. On addition to my parents, they got me through a lot of tough questions, worry, grief, and other things.

Not All Grandmother Ideas or Beliefs Were Stellar

Of course, as I got older there were some ideas I didn’t agree with. For example, when I became a teenager, my grandmother had many dos and donts that didn’t make sense to me. One was about shaving my legs. She didn’t believe in it because of the in-between times when there might be stubble. And she believed that shaving them every day would make the hair grow thicker and faster.  She didn’t care if my legs were hairy, which was my concern in those days.

Who was it that might be touching my legs? It had everything to do with if I was in some kind of accident and an ambulance had to come take care of me. If they had to touch my legs to examine me for broken bones, they might feel that stubble. I figured stubble was the least of my worries or an EMTs worry. I ignored that edict.

There were also some beliefs around every day health concerns. Eating chocolate caused pimples (not for me). Cracking your knuckles will give you arthritis. I never cracked my knuckles but my sister did and we both started getting arthritis in our 60s. The one that many people still believe today is that eating more carrots will improve your eyesight. Carrots do contain vitamin A which is beneficial for eye health but there is no proof that eating or not eating them improves your eyesight.

Both my parents and grandparents provided me with core beliefs that have continuously made a difference in my life. Grandparents have usually lived long enough to know that harboring negativity hurts you more than whatever happened to make it that way. In addition to the golden rule–whatever you wish that others would do to you, do also to them–here are just a few of the adages common to my upbringing that I still use today.

There are many other sayings I’m sure I’ve forgotten. However, one of the greatest gifts that grandparents can give their grandchildren is a clear sense of their beliefs and values. My grandmother had strong Christian beliefs and values. She wasn’t perfect. She also made some poor decisions in her own life (some we didn’t find out until after her death). However, she consistently tried and most of the time was successful. She was also a model for recovering from mistakes and being a better person.

Of course, as I got older I made my own choices about religion and how to implement my beliefs. But the core values of love, kindness, helping others, perseverance, and loving the sinner but not the sin have stuck with me and shaped me into who I am.

My grandfather was not a talker nor a religious or cultural explainer like my grandmother. He was more the “doer.” He fixed things, built things, found a way to make things work. He taught me how to change a tire on the car when I was ten—kind of a right-of-passage in my family. He was a logger before I was born and a house builder. I knew him mostly as a machinist. He had the most amazing tools in the garage that could make other tools and parts. I believed he could fix anything. Most of all he was willing to teach me if I wanted to learn–unusual for girls in the 1960s who were primarily taught to be future mothers. Grandpa would always explain things, answer my multitude of questions, and treat me with love and respect.

In Fiction, grandparents play all the roles I mentioned above and more. Often grandparents are the character’s link to their past, their heritage. That heritage often serves as a place for grounding values or for questioning who the child is in relation to the past and the future.

Because of generational differences and experiences, and how we all travel more than we did 50 years ago or 100 years ago, some grandparents lived lives younger people can’t even imagine. Perhaps lives without electricity or running water. Lives without telephones and certainly not the electronic devices we have today. Those lives also required different ways of surviving and thriving.

In my middle grade book, The Power of Sad, the grandparents not only helped raise the child but they came from a different country (Guatemala) and a very different way of life. The grandfather also had very different spiritual beliefs originating from his indigenous background. These beliefs take an important role in the life of my protagonist as she tries to decide how her past impacts her future. This is part of every child’s and teens growing up—deciding who they will be separate from parents or grandparents. What beliefs make sense to keep and which ones don’t seem to be true in today’s world.

Loving grandparents can provide a lot of wisdom and opportunities beyond what the parents might provide. I champion the idea of maintaining inter-generational living options whenever possible. When not possible we are fortunate to have technologies that allow for people to stay connected. We use Zoom with our grandchildren who are 3,000 miles away. We are fortunate to have plane travel and be able to get to them within a day.

My hope is that though we live far apart, over time we will have enough contact and time together that I can provide the kind of love, hope, perseverance, and core values to my grandchildren that my grandparents provided for me. I hope that my husband and I can also be a safe place to come and talk, even when questioning their parents or not feeling comfortable with asking questions. We will certainly try. 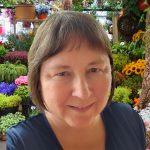