A Note from Maggie Lynch: When we devised all the blog themes for 2022, I knew that we had no Windtree Press authors who regularly wrote novels featuring queer characters as the protagonist(s). I reached out to Ellen Russell because she had long been published with several publishers who solely produce novels with LGBTQi characters in a variety of genres. E.J.  pens male/male romances, mysteries, and paranormal suspense, all with a good dose of humor. For transparency, Ellen and I met in high school 50 years ago in southern California. We’d bonded over our involvement in theater but then lost track of each other as we each went to different colleges and moved to different places around the country. We reconnected through the RWA Chapter in Portland, Oregon 15 years ago when we were both starting our novel-writing careers. E.J. is not only a wonderful writer, but also a funny, steadfast, and caring soul to all those who know her. Enjoy her post this month, and please DO check out her books. The combination of humor, adventure, and pathos is top notch.

When Maggie approached me with the invitation to guest post during Pride month, she told me the topic at hand was How/Why do you include LGBTQi or gender fluid characters in your stories? My first rather flip internal answer to the why question was “Why not?” And as to how: “It’s not hard—just put them there.”

Because I’ve gotta tell you: If you think you don’t have queer people in your life, you’re wrong. People of every sexual orientation and gender expression are all around, but they have no mandate to inform anybody about it because it’s personal. If they choose to share, how lovely that they feel confident enough—and more importantly, safe enough—to do so. Pride Month is one of the ways we celebrate that safety and confidence, but it’s also how we celebrate that right to privacy.

Moving past flippancy, however…

My first published book was a supernatural suspense novella, a second-chance romance with ghostly complications featuring two male leads. At that time, I had assumed that my romance-writing career would include a variety of pairings. Indeed, my second published book was a contemporary M/F rom-com. However, that book remains my only available M/F romance title.

My other thirty-five published romances are M/M.

This was largely accidental. After those first two books (and the subsequent rejection of a third, which was another M/M story in the same series as the M/F book), I contracted two books with a different publisher who specialized in queer romance. At that time, I still expected to write a mix of pairings, including M/F, because that reflected my experience. I had both queer and straight friends, so of course my story worlds would be similarly populated.

Imagine my surprise when the next series I wrote had male/male pairings. And the next. And the next. I found that I enjoyed the freedom that came from leveling the gender-privilege playing field. I write primarily paranormal romantic comedy, and I love taking my guys on their sometimes wacky trips to happily ever after. It’s fun.

And in a way, it’s also aspirational. 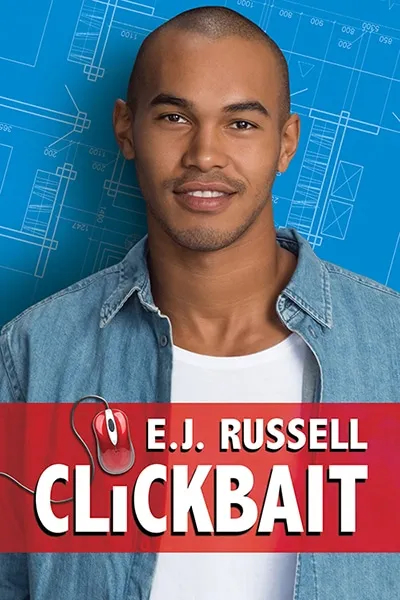 I graduated from high school in 1973, and Gordon, my best friend at the time, was gay, although he didn’t come out to me until 1975 during a conversation we were having about David Bowie’s bisexuality. The 1970s weren’t exactly an enlightened time when it came to LGBTQ+ rights, and even though we were both involved in theater (a marginally more accepting environment than the world at large), I worried about him, because he didn’t seem to be careful with himself. More than anything, I wanted him to be safe and happy. He was a wonderful person and he deserved it.

This is the book dedicated to Gordon. It features a struggling web-designer who signs on to learn construction to make ends meet.My twin sons, who’ll turn thirty this summer, are both gay: smart, funny, independent men, one of whom is coming up on his fifth wedding anniversary. I’d like to say they’ll face fewer obstacles throughout their lives than Gordon did. However, in the present political environment, that’s not precisely guaranteed. But it should be, dammit. They’re wonderful people, and they deserve safety and happiness.

The world I want for us all. Because we all deserve safety and happiness, no matter who we love. 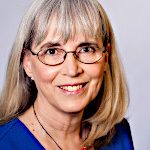 E.J. Russell–grace, mother of three, recovering actor–writes romance and mystery in a rainbow of flavors. Count on high snark, low angst and happy endings. Reality? Eh, not so much.

E.J. also writes traditional cozy mystery as Nelle Heran. She lives in rural Oregon, enjoys visits from her wonderful adult children, and indulges in good books, red wine, and the occasional hyperbole. You can learn more about Ellen and all of her books on her website.