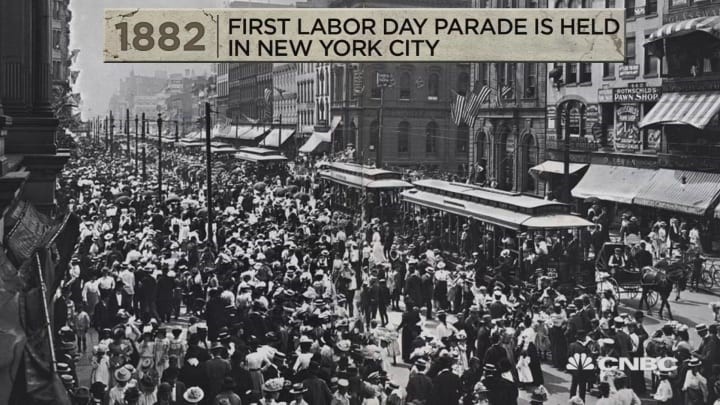 How many of us stop to think we’re living in a time where we are encouraged to “find” ourselves with work? This work must not only fulfill some abstract purpose we are supposed to inherently know; but it must also pay the bills, validate us and, if we are truly smart or very fortunate, also make us happy.

It was as early as 1882 that the idea of a “working men’s holiday” began in New York when union leaders organized thousands of unpaid bricklayers, jewelers, typographers, dress and cloak makers, and others to march in what is considered the first Labor Day parade. It wasn’t until twelve years later that Congress recognized it as a federal holiday. While getting the first Monday in September off from work was significant for American workers in 1894, there were still horrific abuses occurring daily.

Today, most of us know LABOR DAY is a weekend of September barbecues, weekend getaways, parades, festivities, or summer clearance sales. We Americans love our holidays, but how many of us process that Labor Day and May Day grew out of years of violent labor clashes and people desperately fighting for their rights?

As a writer who loves to incorporate real history into my fiction, I have fallen down many a rabbit hole doing research, but I think it’s safe to say, America has always been a land rife with opportunity, challenge, inspiration and change. In the nineteenth century, at the height of the Industrial Revolution, America saw great growth and progress: new power sources, machines that could do the work of ten men, and the rise of factories in need of workers, as well—horrors.

Well into the 19th century when manufacturing started to supplant agriculture as the wellspring of American employment, people just working to survive were often subjected to terrible abuses by employers only concerned with their bottom line. Workplace conditions more often than not were unsafe, unsanitary, unethical and abusive. Pay was meager. The average mill, factory or mine worker worked 12-hour days, 7 days a week. Most adult laborers were recent immigrants or the very poor; so less likely to complain, organize, protest or strike about pitiable working conditions.

And then there were the children.

In 1904, an estimated 50,000 children labored in mines, glass factories, textiles, agriculture, canneries, home industries, and farms. Children also worked as newsboys, messengers, bootblacks, or peddlers. Approximately 20,000 were under the age of twelve, with some as young as five.

In my book, Mermaid’s Treasure, which takes place from 1893 to 1921, the Triangle Shirtwaist Factory fire became part of my story. On March 25th in 1911 the New York fire plays a role in the story. One hundred and forty-six garment workers perished. Most were young immigrant women, many jumping to their deaths when the fire took over the building and they couldn’t escape. The tragedy acted to strengthen garment industry labor and fire safety codes requiring sprinklers in buildings, things we still benefit from today, but progress overall was slow to come.

In 1914, not for altruistic reasons but to keep from losing workers to attrition, Henry Ford more than doubled wages to his employees to $5 a day. After profits doubled in two years and employees stayed put, he and his rivals saw he might be onto something. Duh!

Labor unions first appeared in the late eighteenth century. They organized strikes and rallies but despite efforts to regulate, protect, indict or prosecute the worst violators, most of their efforts addressed a minority in a handful of places and were rarely enforced.

Being lazy or out of work, was not.

“Surely life should consist of more than work and endless acres of dust and dirt?”

The young heroine, in my upcoming second book in my Sapphire Songbird series, laments how her mama believed hard work was the path to heaven. She describes her labor-intensive life growing up on a farm in rural Kansas in 1918, giving us a feel for the lack of choices children and adults had back then.

A colorful era known for fun, female and societal rebellion, while hemlines rose and change was in the air, the reality was few ‘respectable’ women worked outside the home and clearly defined male and female roles remained staunch. If a woman did work in the few decent professions actually available to her, it wasn’t uncommon she worked a 90–100-hour week. Stories abound of many a young widow needing to take in boarders or convert her bed or barn into a free for all to feed her family and keep a roof over their heads. In 1926, when auto magnate Henry Ford cut workers’ hours from nine to eight, it was considered progressive but discrepancies in opportunities for men vs. women were the rule, and it wasn’t actually until the majority of men shipped off to WW2 that more prospects for women in the work force opened up.

“Democracy cannot work unless it is honored in the factory as well as the polling booth; men cannot truly be free in body and spirit unless their freedom extends into places where they earn their daily bread.” This declaration introduced the National Labor Relations Act (NLRA) of 1935. It was considered a fair summation for the reasoning of the labor laws enacted by men for men but it took until 1938 for the Fair Labor Standards Act to establish a minimum age and number of hours of employment requirement for children, with overtime pay for longer shifts, and it took until 1940 for the average work week to lock into five eight-hour days.

The 8 hours per day, 5 days a week model has remained a standard until–thanks to Covid 2020–employers and employees were forced to explore different ways to work productively. This created an explosion of new opportunities offering four-day work weeks, part-time, remote, hybrid or in-office, etc. Nothing is perfect, even now; but it will be interesting to see where robotics and technology take us next. 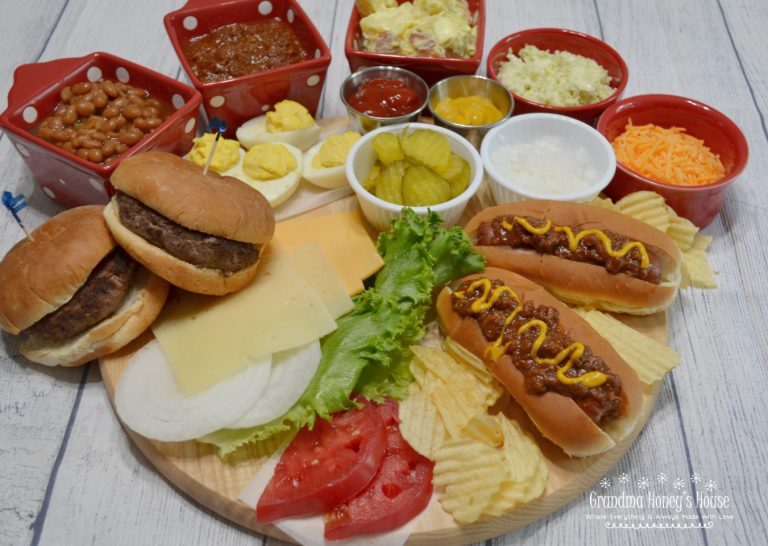 So maybe the next time you celebrate Labor Day weekend, before you bite into your barbecued hot dog or cheesy hamburger, or dip into that homemade potato salad, think about how lucky you are to be able to ponder options and enjoy spending quality time at home or away with family and friends. And maybe whisper a silent thanks to all those now faceless, nameless people who came before us, suffered and paved the way with their blood, sweat and tears so we have it better. 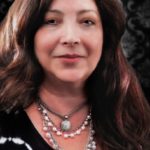 Anna Brentwood writes historical fiction. She is inspired to write about interesting characters whose lives take them on journeys we can all enjoy and perhaps learn something along the way. This former suburban Philly and California wife, mother, doting nany of three lives in one of Oregon’s wild, enchanted forests in a log home that includes a sassy collection of Flapper memorabilia, her ex-Navy Seal hubby, a menagerie of creatures that once included wolves, coyotes and a hawk. Currently they harbor two very pampered French bulldogs, one ornery parrot and outside a variety of birds, squirrels and chipmunks. Learn more about Anna at her website.