With her clan decimated by Edward I the King of England and his army, Scottish maiden Deirdre Brodie becomes embroiled in the war between England and Scotland. Kidnapped by the English Earl of Wrothbury, called the spawn of the devil, she is forced into an unwanted marriage and has a child by him.

But Deirdre’s heart belongs to one man, Richard de Laci, Comte de Strasbourg, a French warlord who tried to save her from Wrothbury’s evil and the king’s clutches. Banned from England as a traitor, Richard returns to Scotland bringing an army of mercenaries to help Robert the Bruce the king of Scotland fight his war.

Deirdre’s strong fealty to Robert the Bruce, leads to her being imprisoned in a cage by King Edward I, and that cage hangs from the walls of an English township. As death nears for Deirdre, a pardon is issued, but it falls into the wrong hands.

Richard happens upon Deirdre in the cage. He vows to do battle with Wrothbury, find Deirdre’s daughter, the pardon, and set her free. But can Richard de Laci save Deirdre from the cage or does she save herself. 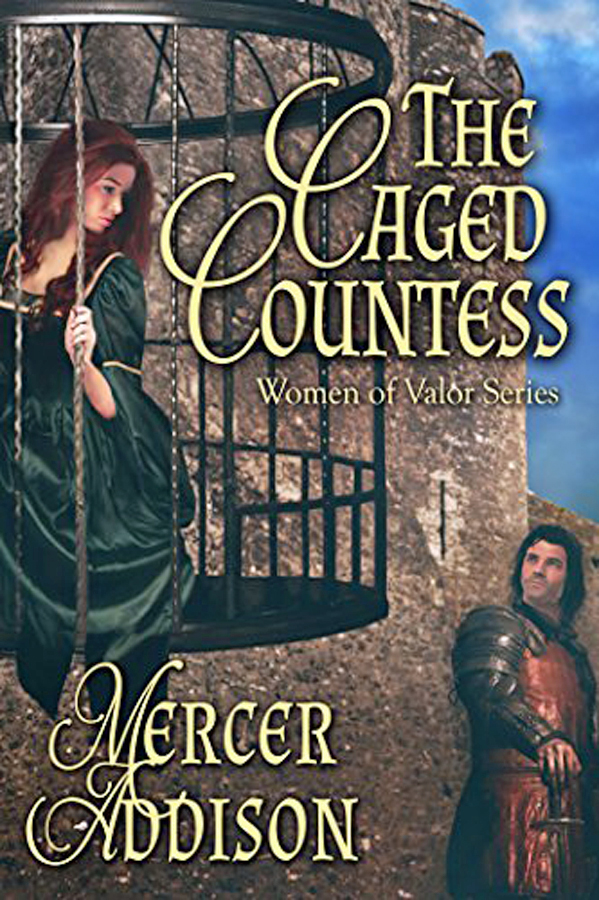 [cl-review quote=”Very well written, this tale reaches out to touch history enough to make you feel something familiar but stands completely on its own as romantic fiction. I love that this has strong women without the continuous misunderstandings that plague some romantic novels. Times are hard enough in the middle ages. And French knights…ahh…” author=”QuiltztheWorld” occupation=”Amazon Customer” type=”quote” layout=”clean” quote_size=”12px” author_size=”12px” italic=”1″][cl-review quote=”Great characters and wonderful story line. I enjoy the accuracy of the time period. Mercer stories take you on a wonderful ride through history.” author=”Kimberly DeAlto” occupation=”Amazon Customer” type=”quote” layout=”clean” quote_size=”12px” author_size=”12px” italic=”1″]