Celebrating Veteran’s in Family, TV, and Books
by Mary Vine

Back in 1997, my husband and I found that northeast Oregon was a good place to purchase inexpensive waterfront property. In the early 1860s, after gold was found southwest of Baker City, towns grew to support the miners and then folded when the miners moved on.

We spent summer vacations looking for mining ghost towns and those escapades became some of our best memories. On one of those expeditions, we located the town of Bourne, Oregon. It has a Main Street with cabins along it, nothing dating back to the 1860s but some older ones, nonetheless. We bought two small lots on Main Street along the roaring Cracker Creek. Later we added a cabin. 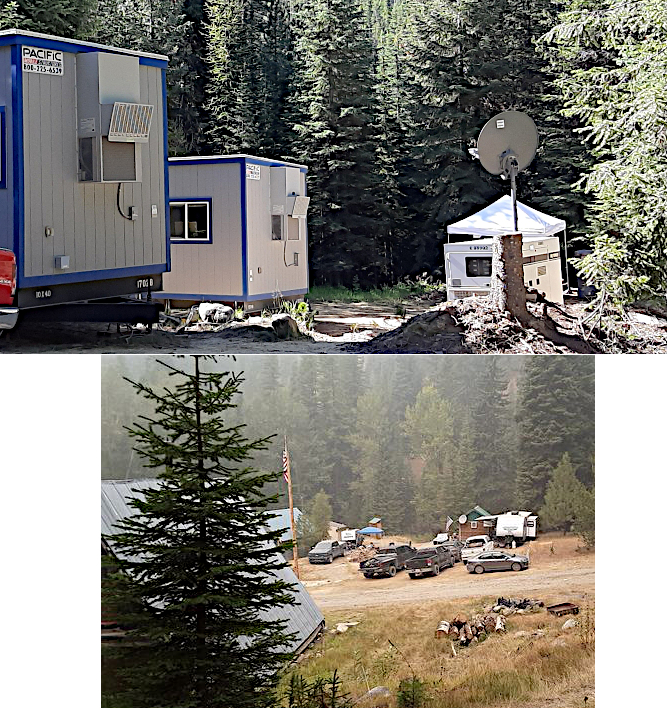 After fifteen years of enjoyment, we put the property up for sale and got a call from a cast member of Discovery Channel’s Gold Rush. The former United States Army Green Beret contacted us about renting our cabin, for three to four months, to four disabled veterans and gold miners in the show. Later, he told me that several veterans have trouble transitioning from the military back to civilian life. Many times they are alone in the process of trying to find themselves, learning where they want to work or how to start a new business venture. They also must learn to bond with others in their new life. Many have to face all these things while dealing with their disabilities as well.

What is interesting for me is that, before I met the Green Beret recipient and some of the veterans, I had already planned to write a contemporary story about a disabled veteran. So, I listened carefully as I heard about the wooden flagpole they built and put up on the property with the US flag waving. (pictures to the right) Or, how they sat around a campfire and shared their day and lives together. The men also expressed joy at being out in the wilderness with their buddies. I wish they would have found more gold for all their efforts.

My husband is also a veteran. My father never talked about his tour of duty in the South Pacific during WWII, nor did my father-in-law who served in the Battle of the Bulge in France. They both managed to move on and live fulfilling lives, but my father-in-law must have carried some disturbing residue from such an awful experience, especially in that he pushed a machine gun around in a baby carriage.

In my story, my hero has already taken the journey to find himself after serving in the military. He knows what his new career will be. However, he struggles with his injured body and self-worth and that makes bonding with others a challenge. When he meets a woman he gets to know and cares about, his insecurities about his injuries get in the way. He believes she can choose better. Save Yourself  will be the title.

I know that by the time I finish researching and writing this story, I will have followed my character’s mental and physical journey. Even though I will never fully know what being a wounded veteran goes through before, during, and after war, I hope to present a reasonable idea of what it entails. 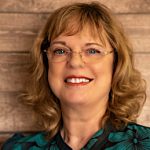 Mary Vine is an author, publisher, speaker, and retired educator. She writes contemporary and historical romantic fiction, a time travel series, and inspirational children’s books. Mary and her husband can usually be found in Southwest Idaho or Northeast Oregon. You can learn more about Mary and her books at her website.